Help fix some bikes then ride some!

After an impromptu late Friday night ride with Jason, I barely got some sleep and then headed over to Scottsdale to lend some time and “used to work at a bike shop” skills to Recycleyourbicycle.  A great group of people and a just cause. They have a lot of work to do. 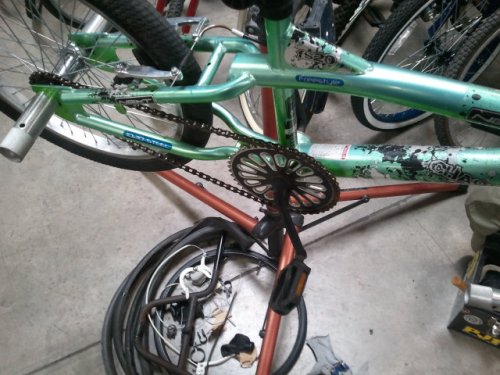 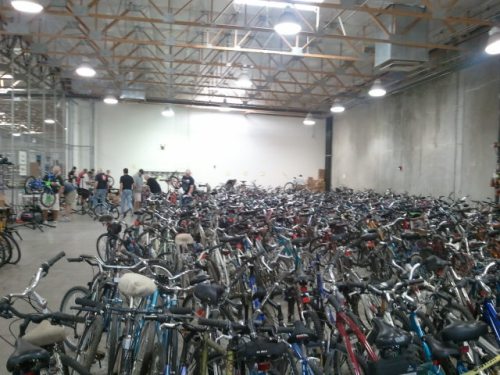 There were a few bikes to fix. 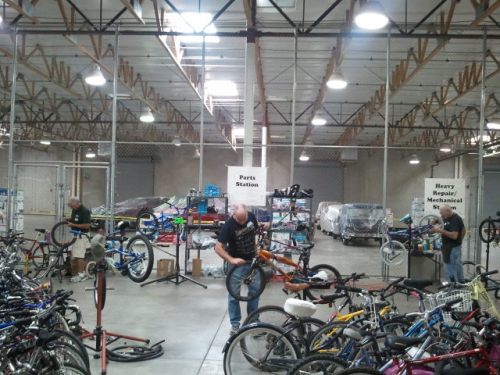 I even ran into an old friend Pete from my bike shop days in Scottsdale.  It was great to catch up.

This past Thursday I started to clean out my desk to make room for a bigger desk.  I think it means there is more work on the horizon.  Anyway, I found some coin.

I quickly went to a local used goods store and scored some tires for a Monstercross project.

check out the fat!

Then, later, after playing with bikes and generally nothing else all day, Der Hammah and I attended another SUB24 ride to have a fire and swap lies. 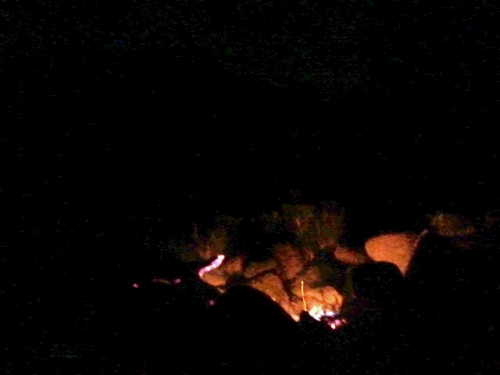 I had a great sleep in the bag.

After some biscuits and gravy and an awesome coffee, John and I pedaled our separate ways.

Then, I helped Karen move her Massage office to a new location.

THEN, I received the first massage in the new office.

One response to “Help fix some bikes then ride some!”