That was the cry every weekend ride for a ride choice.
For good reason.  With trail names like “Desert Dingleberries” or “Dare a Sarah” and “Skill Hill” you just knew there was always going to be a good loop.  Over time though, things became a bit muddled there.  Use and erosion had played the game. 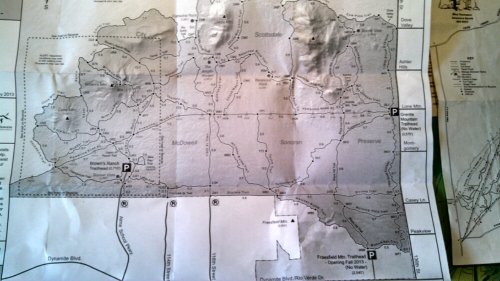 The power line road  is exactly the same.  Unfamiliar trails like “Rustler Trail” and “Chuck Wagon Trail” are all new.  The trails have taken on an easier approach to most things, fitting it is because the current locals using them are much different than the generations before.  The even have a HD monitor playing at mid-volume a loop of information about the area.  It was kind of strange, this monitor..out there in the swanky new trail-head building.  In riding up there, we found a little connector to McDowell Mnt Park and proceeded to ride around on familiar grounds again. 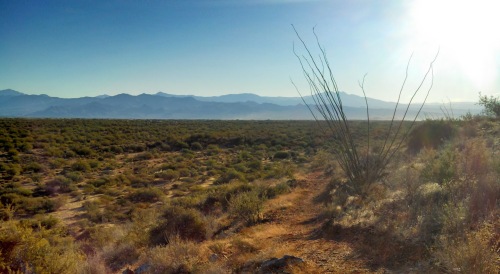 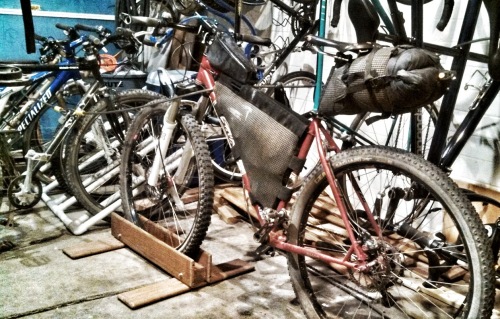 One response to “changes”